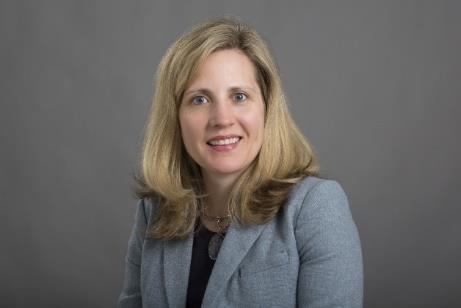 Deborah Hall MD, PhD is an adult neurologist and movement disorder specialist at Rush University Medical Center in Chicago. She received her MD from Indiana University and her PhD from University of Colorado, where she completed residency and fellowship. She has training in genetics, epidemiology and human subjects research. She conducts research primarily in two areas. Her work in Parkinson’s disease focuses on early interventions, such as neurotrophic factors and exercise, genetics and genomic causes of disease, and treatment for complications including falls. She also conducts research in the field of ataxia, specifically fragile X-associated disorders, by investigating epidemiology, clinical features of movement and balance, and interventions. She has been National Institutes of Health funded for the last ten years as a primary investigator and she received the Rush University Faculty Award for Research in 2014. She is the Chair of the Rush Institutional Review Board, which reviews research studies at Rush. She has a busy clinical practice focused on movement disorders within the Department of Neurological Sciences at Rush. She is the Director of the FXTAS Clinic at Rush and the Movement Disorder DNA Repository within the Section of Movement Disorders at Rush. In addition, she is Clinical Director of the Neuroscience block for the first year medical students at Rush University. 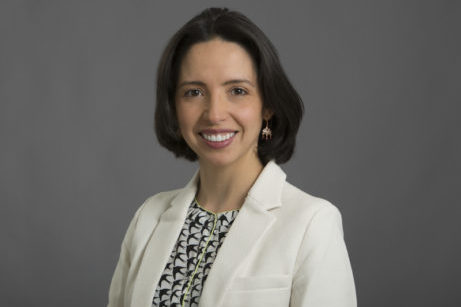 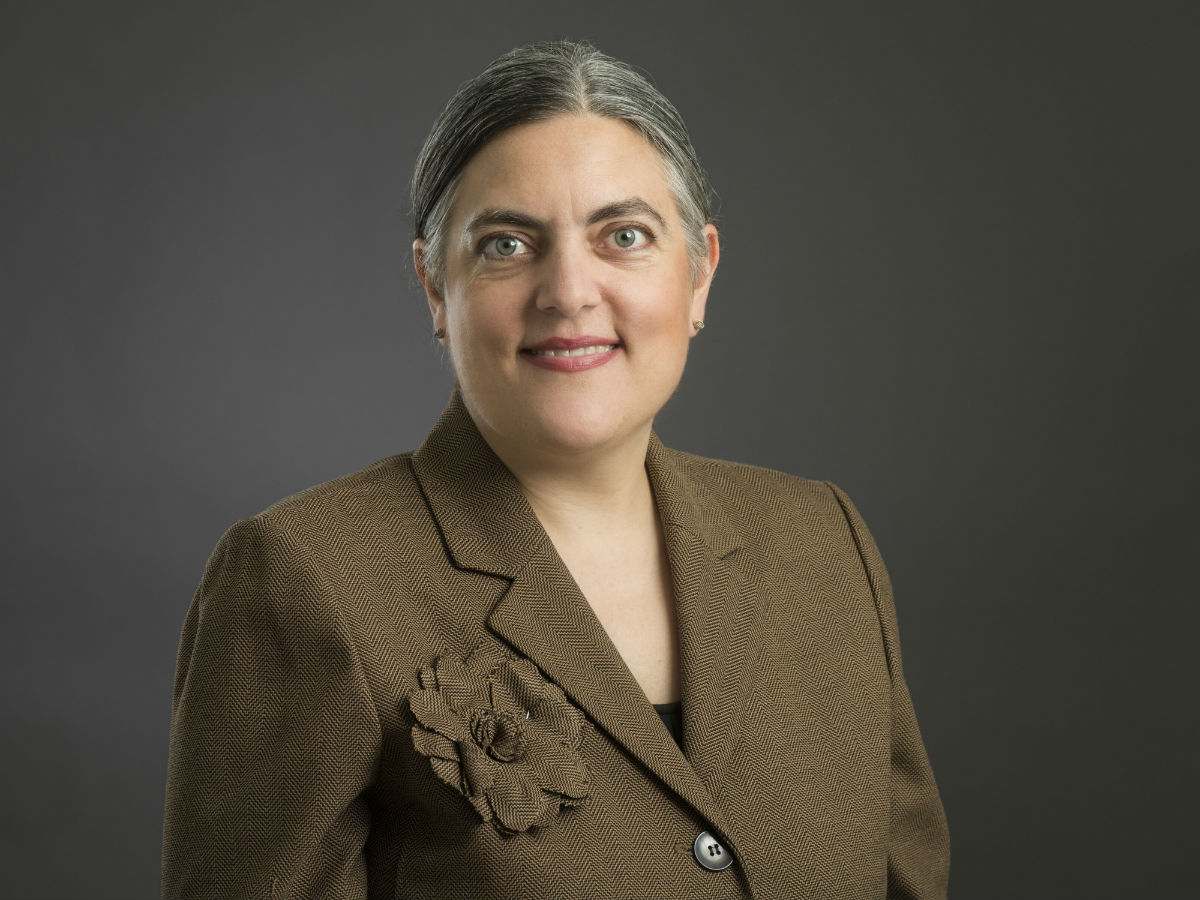 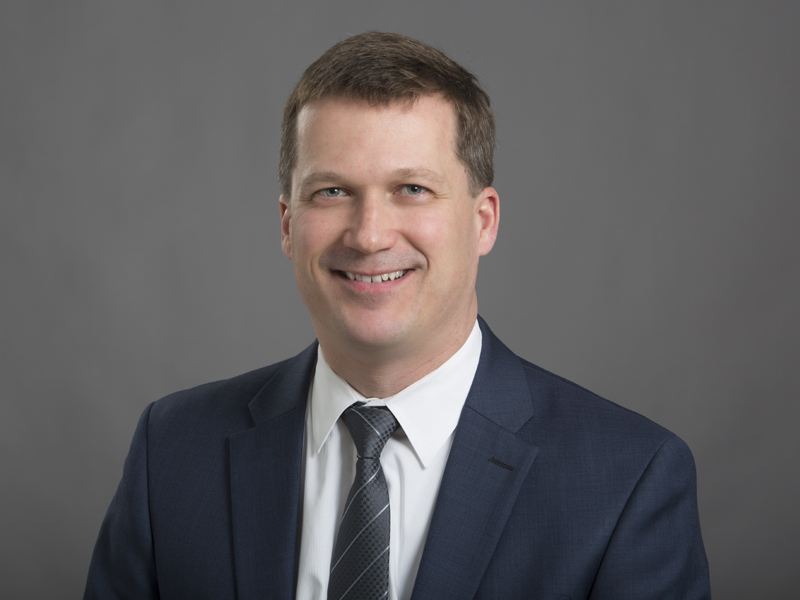 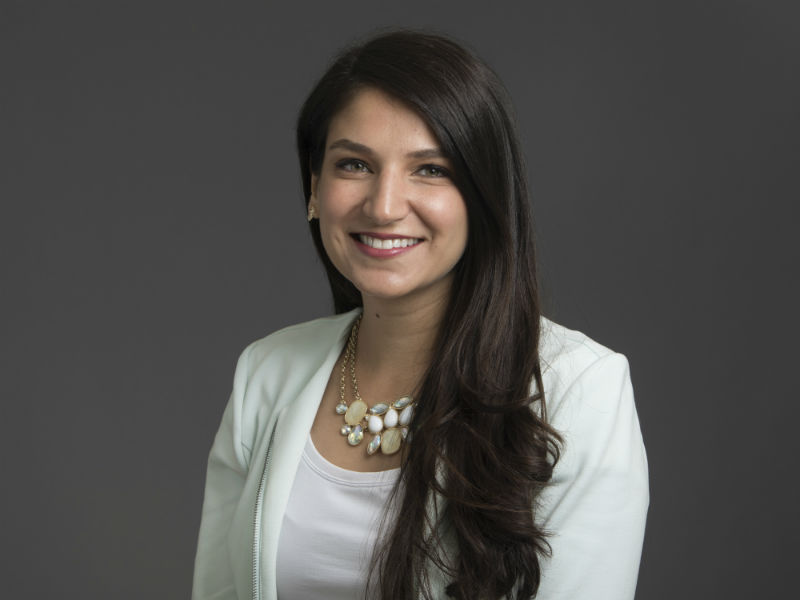 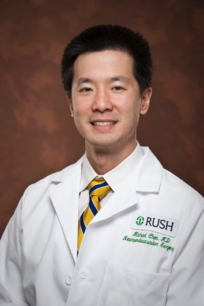 Michael Chen, MD is an associate professor in neurology, neurosurgery and radiology. He received his medical degree in his home state at the University of Hawaii John A. Burns School of Medicine. His training consists of neurology residency, stroke and neuroendovascular surgery fellowships at Yale, Harvard and Columbia respectively. Chen’s practice focuses on minimally invasive treatments of brain and spinal cord vascular disease. Specifically, he is involved in the study and treatment of cerebral aneurysms, arteriovenous malformations of the brain and spine, intracranial atherosclerosis, carotid artery stenosis, acute stroke thrombolysis, and preoperative tumor embolization of the brain and spine. He has been awarded foundation and industry grants to study brain aneurysms in women and strategies to improve memory after aneurysm rupture. He has been in practice for over 10 years. Chen serves as an associate editor for the Journal of Neurointerventional Surgery. He currently serves as Education Chair on the Society for Neurointerventional Surgery board of directors. He co-chaired the 2017 SNIS annual meeting Colorado. He works actively as a scientific advisory board member for the Niekro Foundation and the Bee Foundation. He has previously served on the Rush University Medical Staff Executive Committee. 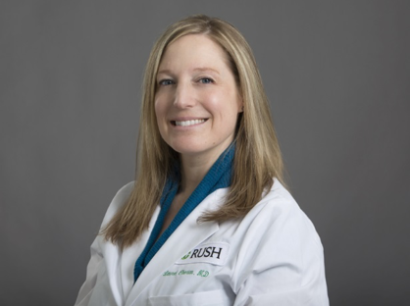 Laurel J. Cherian, MD, MS is an assistant professor in the Department of Neurological Sciences at Rush University Medical Center. She is the director of the Vascular Neurology Fellowship Program and also serves as a faculty advisor to the medical school. Cherian received her medical degree from Loyola University Chicago Stritch School of Medicine of Medicine in Maywood, Ill. She completed neurology residency at the University of Chicago and a vascular neurology fellowship at Rush University Medical Center. In addition to her clinical practice, she has completed a Master of Science degree in clinical research. She is a member of the American Heart Association and the American Academy of Neurology and is board-certified in neurology with a subspecialty certification in vascular neurology. Her clinical interests include peripartum stroke, intra-arterial therapy for stroke, post-stroke depression, and cerebral amyloid angiopathy. 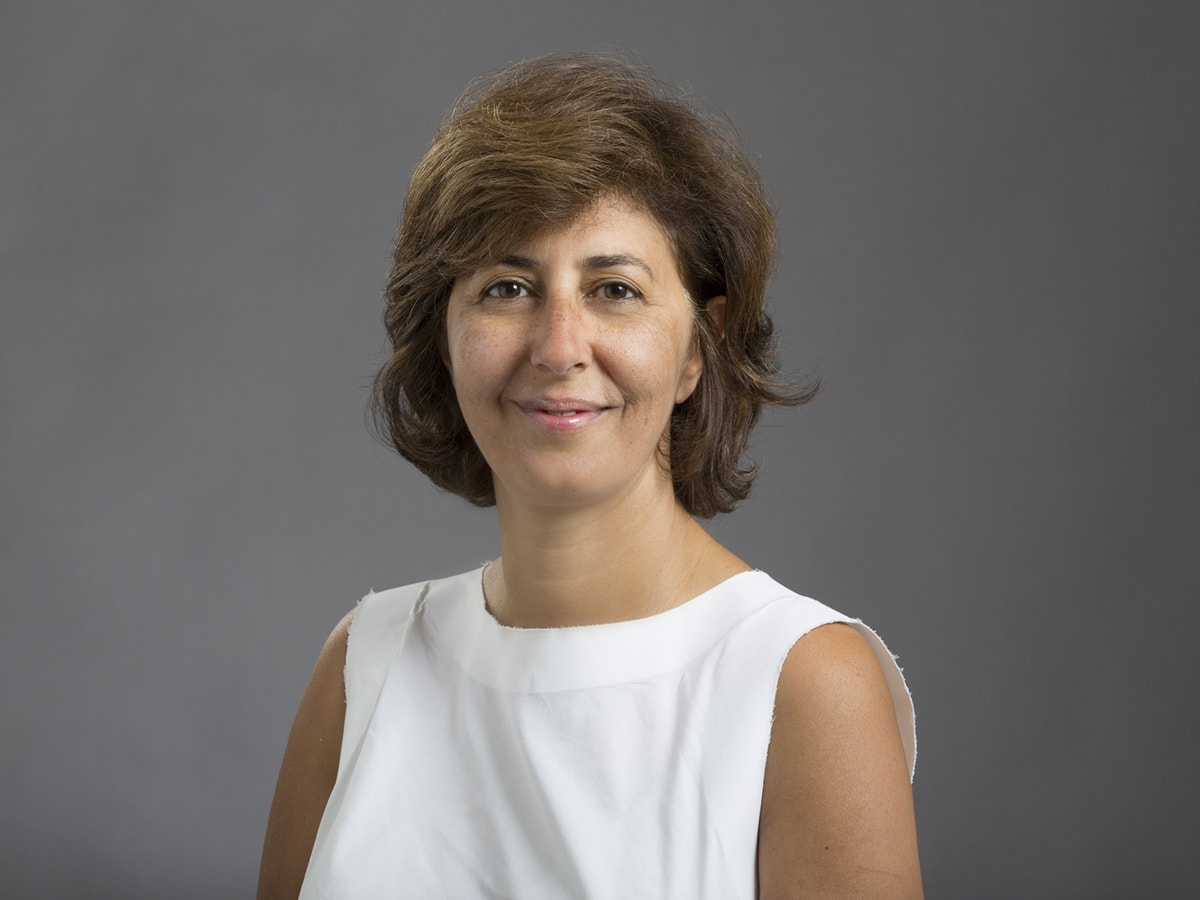 Rima M. Dafer, MD, MPH, is a professor of neurological sciences at Rush University and an active member of the stroke team at the Rush University Medical Center. She is a stroke and headache expert, mainly studying the link between migraine and stroke. She has been a principal investigator on numerous clinical trials in acute stroke intervention and secondary stroke prevention. She sits on the American Board of Vascular Neurology Examination Committee, is a fellow at the American Heart Association and is a past member of the Michael Pessin award at the American Academy of Neurology. She is a clinical educator and has received numerous teaching accolades as best teacher of the year by neurology residents and medical students. She has written numerous articles and chapters on stroke management, stroke in young adults and uncommon causes of stroke. 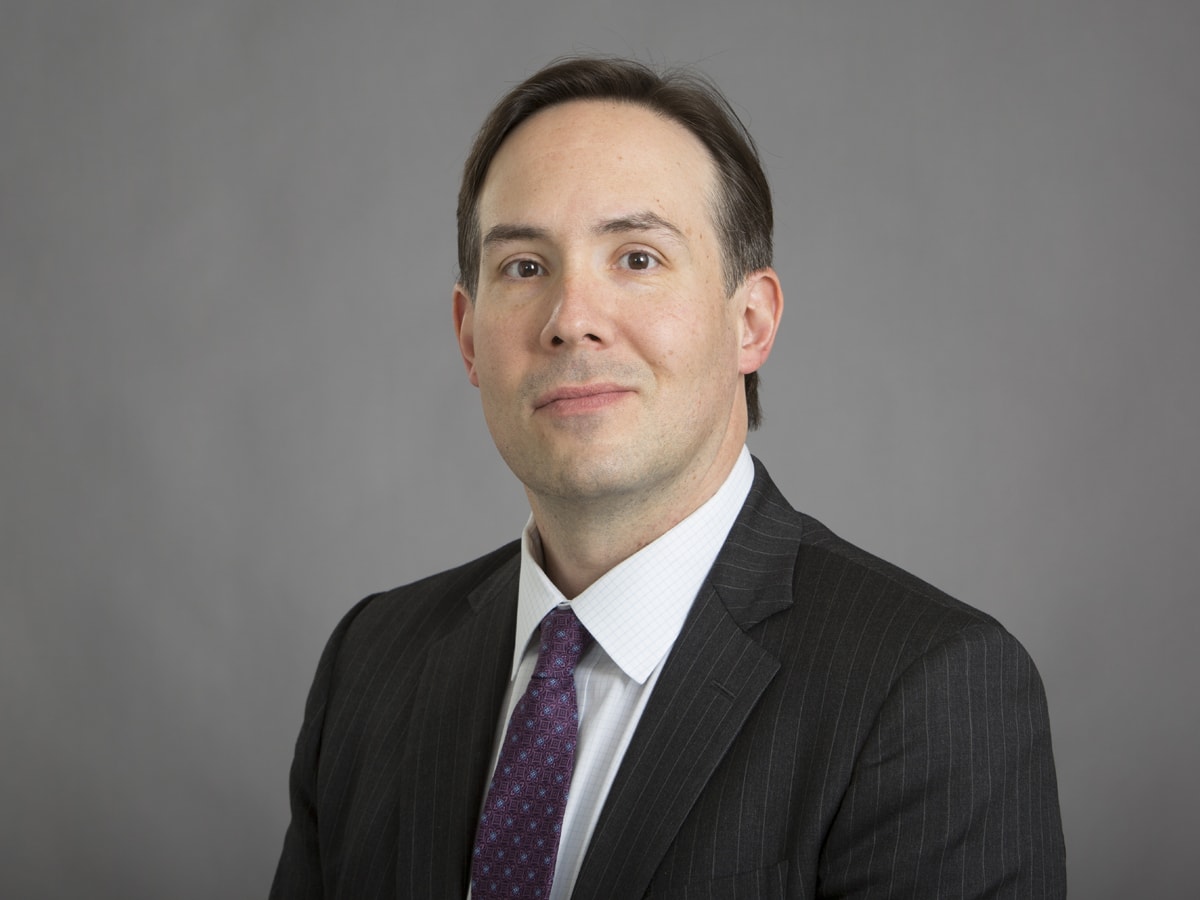 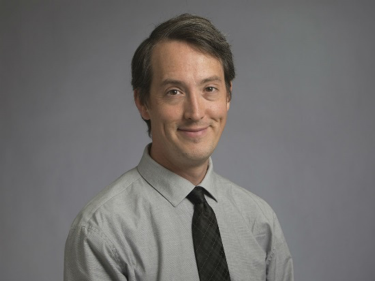 Andrew Dorsch, MD is an assistant professor in the Department of Neurological Sciences at Rush University Medical Center. He received his medical degree from Case Western Reserve University. He completed his neurology residency at the University of California, Los Angeles followed by a fellowship in neurorehabilitation.

His major interest is the recovery of function after neurologic injury. He is particularly interested in utilizing wearable and wireless technologies to quantify and optimize the process of recovery as it occurs outside of the hospital and clinic settings. 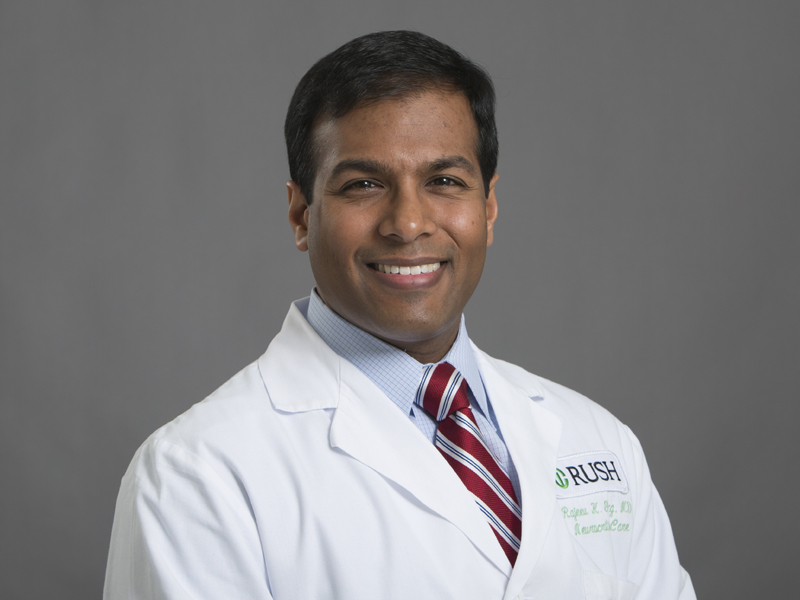 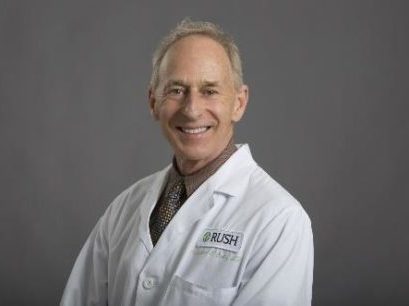 Christopher G. Goetz, MD is professor of neurological sciences and pharmacology at Rush University Medical Center in Chicago and serves as director of the movement disorders program. Goetz is also the United Parkinson Foundation Professor of Neurology. He is the director of the Rush Parkinson’s Disease Foundation Research Center. Dr. Goetz is a senior Fulbright Scholar and worked for two years at the College de France in Paris. He has served on several national and international advisory boards, including the Tourette Syndrome Association Scientific Advisory Board and Dystonia Medical Research Foundation Advisory Board. He is a reviewer for several journals and is a McHenry Award recipient of the American Academy of Neurology. He is a member of the Movement Disorder Society, the American Neurological Association, the American Academy of Neurology, The American Olser Society, and the French Neurological Society. Dr. Goetz has published over 450 peer-reviewed articles and over 200 book chapters in the field. He has also published and co-authored fourteen books and monographs. He has been one of two co-editors-in-chief of the Movement Disorders journal, and is the former editor-in-chief of Clinical Neuropharmacology. He is the past history section editor of the Archives of Neurology journal, and he has served an editorial board member of the Archives of Neurology. He is an advisory editorial board member of the Journal of the History of the Neurosciences, as well as reviewer for several neurology journals. He has received the American Academy of Neurology Senior Research Award in Movement Disorders (2015) and the Presidential Stanley Fahn Award from the International Parkinson and Movement Disorder Society (2009). He is the president-elect of the International Parkinson and Movement Disorder Society. His major interest is the pharmacology of various movement disorders, including Parkinson’s disease, Gilles de la Tourette’s syndrome, Huntington’s disease and pharmacologic studies of dystonia. He is particularly interested in non-motor aspects of movement disorders, including specifically, hallucinations, cognitive decline and depression. Further research efforts have focused on scale development for evaluating movement disorders, and he has led the Movement Disorder Society Task Force to develop a new version of the UPDRS, termed the MDS-UPDRS, unveiled in 2008. He has a special interest in placebo effects and how they influence the interpretation of clinical trials in Parkinson’s disease and dyskinesia. He has also led pharmacologic and surgical efforts to treat movement disorders. Dr. Goetz and his team are currently investigating the safety and efficacy of gene therapy in patients with Parkinson’s disease and are involved in other studies aimed to prevent the progression of Parkinson’s disease in its early stages. He is an active researcher in the history of neurology and has written extensively with his major research interest being the study of nineteenth century French and U.S. neurology with particular interest in J-M. Charcot and his school. He has written the definitive biography of Charcot (Charcot: Constructing Neurology, Oxford University Press) and Charcot: The Tuesday Lessons (Raven Press). 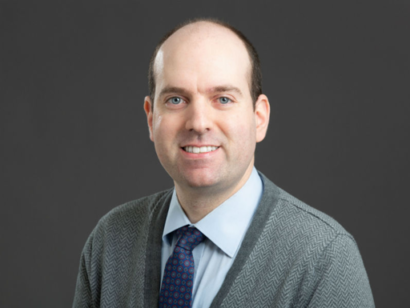 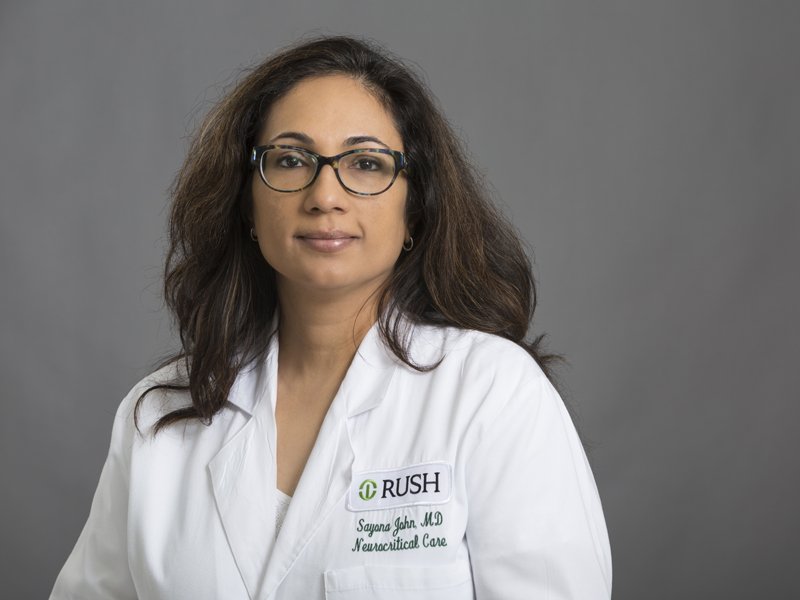 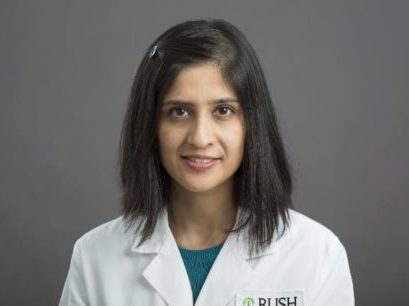 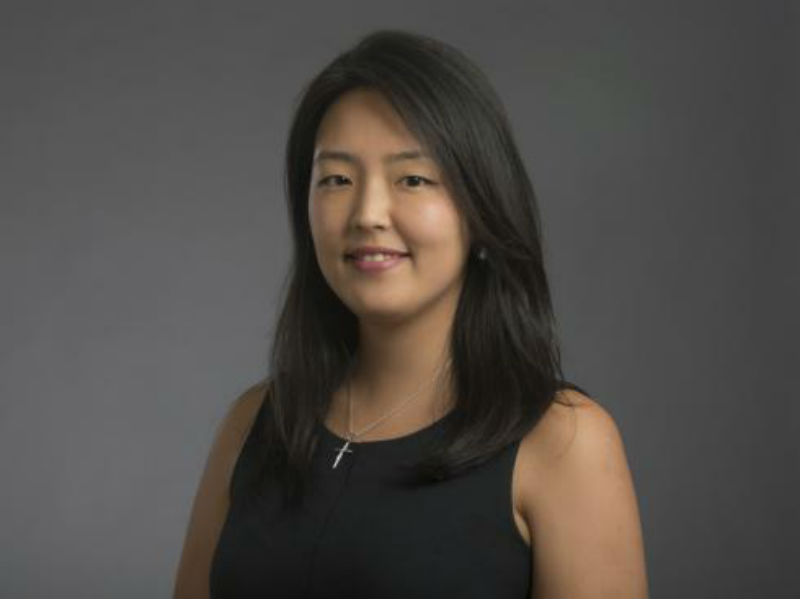 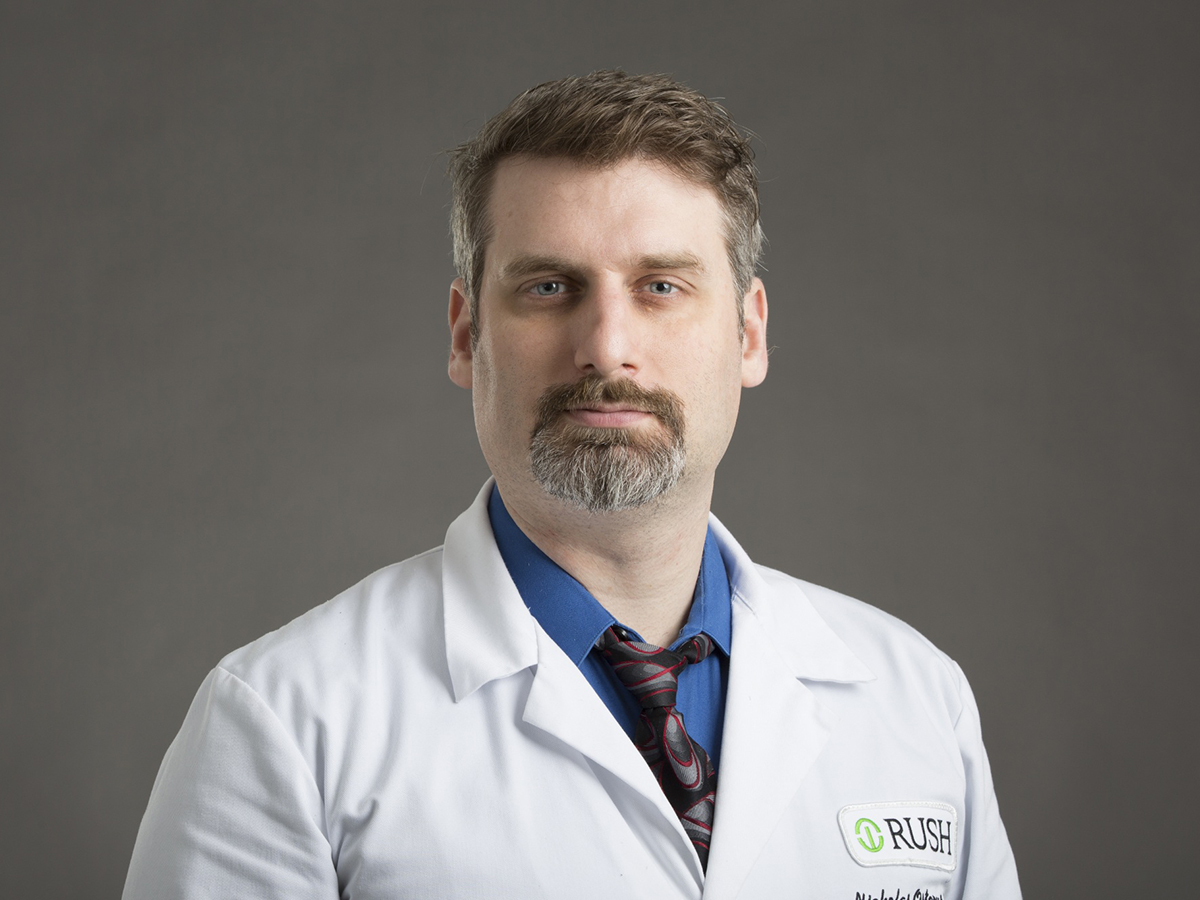 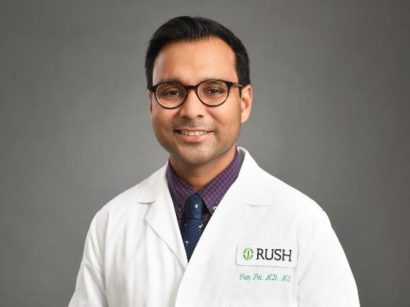 Gian Pal, MD, MS is an adult neurologist and movement disorder specialist at Rush University Medical Center in Chicago. He received his MD from Robert Wood Johnson Medical School, completed his residency at Georgetown University, and then came to Rush University to complete his movement disorders fellowship and a master’s degree in clinical research. His main area of clinical expertise includes surgical treatments for movement disorders, particularly deep brain stimulation. He conducts research primarily in two areas. His work in Parkinson’s disease (PD) focuses on understanding the cognitive effects of deep brain stimulation (DBS) in genetic forms of PD. In collaboration with a gastroenterologist, Ali Keshavarzian, MD, Dr. Pal conducts research aimed at understanding the role of the gastrointestinal system in the pathogenesis of PD. His research has been funded by the Parkinson’s Disease Foundation (PDF), Cohn Family Foundation, and the Department of Defense. He regularly presents his research at national and international meetings including the American Academy of Neurology and the International Congress of Parkinson’s Disease and Movement Disorders. 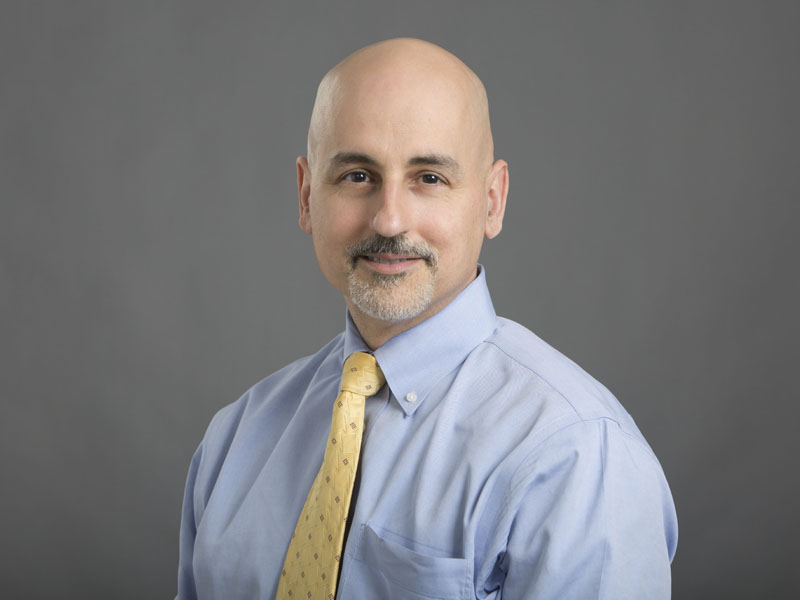 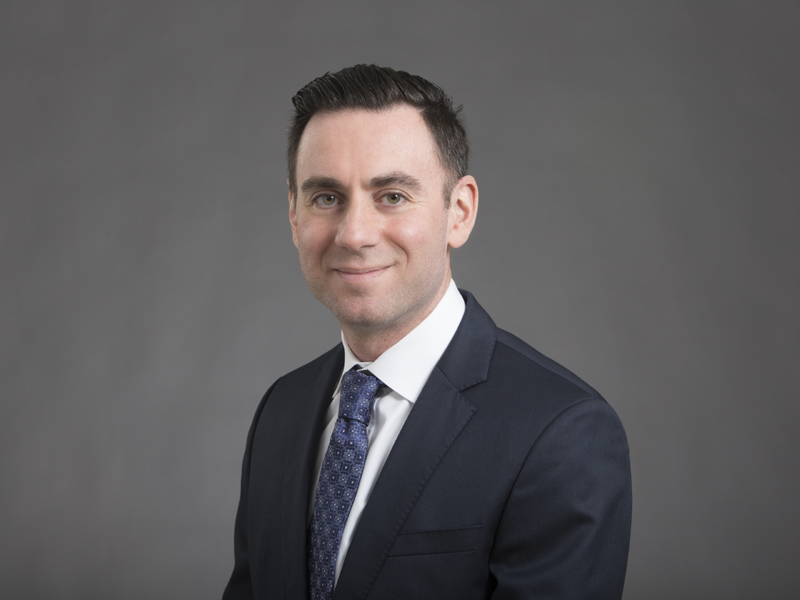 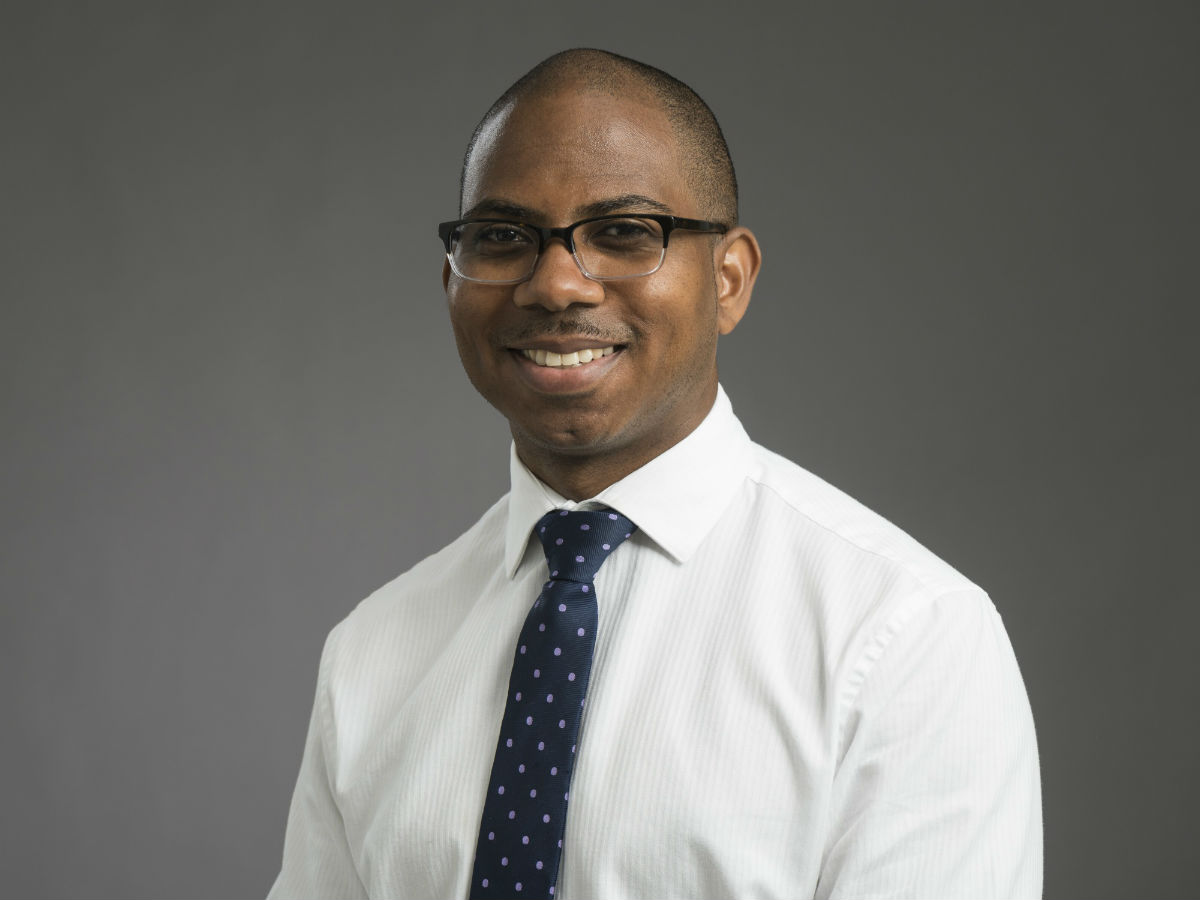 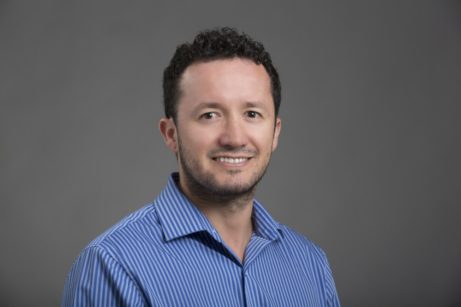 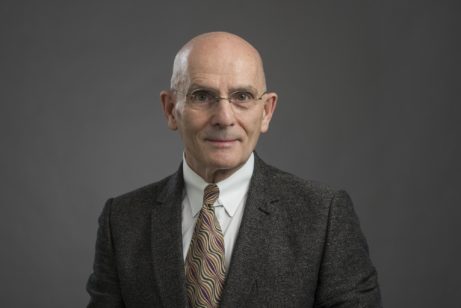 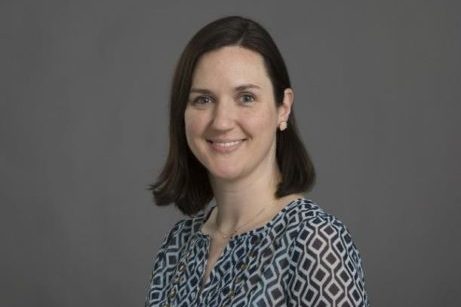